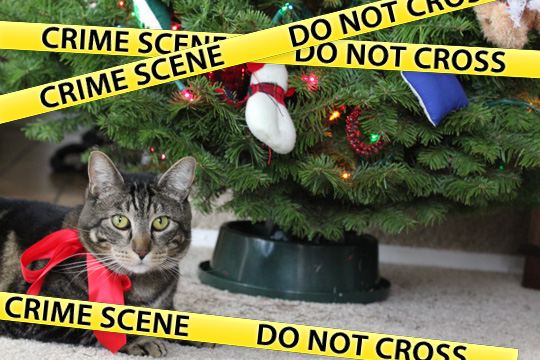 Season’s Greetings – Are You a Stressful Holiday Away From Being a Criminal Accused? 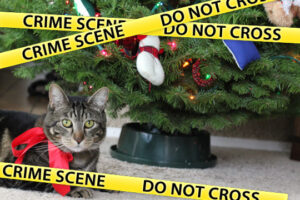 Time’s running out. You’ve got to get to that pressure cooker called “the mall” to grab the gifts you can’t afford before it’s too late.

Only a couple of days are left to prepare for that dinner. You know the one.

Bickering siblings will be there attempting to suppress their ongoing tension over dad’s care as he grows old.  The defiant “baby” of the family will show up all edgy and pi#$ed off about his crumbling marriage and divorce case with a partner that his overbearing big brother said only an “idiot” would marry.  Mom’s grown kids will be mentally preparing for a long evening with an a-hole of a step-dad who will ruin their appetites with the most inappropriate behaviour and f’ed-up opinions.

Some of the families will have deeply baked-in dysfunction going back to childhood. Many will indulge in pour after pour of overproof bottles of liquid courage or full glasses of a full-bodied behaviour disinhibitor.

All of this sets the scene for people with a history of looking down their noses at “criminals” to enter their ranks.

People whose thoughts on the criminal justice system are consistently framed by derogatory comments and self-righteous clichés about “throwing away the key” when it comes to “those kinds of people” who are “obviously guilty” are suddenly transported from their glass house (stones in tow) into the back of a police cruiser.

Clearly, some are being introduced to the interior of a police station because of impaired driving offences[1]. While that would certainly be embarrassing it would still leave the door open for them to feel and say “well, I’m not a REAL criminal” like those others, perhaps understanding that they may be looking at a fine if found guilty of a first offence. For some, a fine sounds like a traffic ticket, not a criminal punishment[2].

But let’s be clear.

Many people who self-certify as good, people who others would respect for having a fine education and a good job at a great company and no criminal record, people who might smugly sneer at “criminals” (even those who have not been found guilty of anything yet), find themselves charged with crimes of violence and threats of violence against friends and family members, allegedly violating the integral trust relationship that society wants to promote.

And it all can happen so easily. Why?

When disparate factions of the family are herded together for a moment contorted to produce the appearance of harmony, or when years of grievances seethe within a group of people who can thank heredity and nurture for the one thing they all share: a long memory and an unforgiving heart, the risk of emotional fireworks increases.

Increased sensitivity to slights, altered consciousness and reduced self-control among people who are jet or car lagged, fatigue from a long year in school and/or on the job, and an alcohol buzz or outright drunkenness only increase that risk.

A spirit of goodwill counts for something. To the extent that we can bring that to every gathering this Season we can extract the positivity and reduce the risk of problems.

No one can force you to love everyone seated at that dinner table or forget that the weird family dynamics exist. But a little emotional awareness, temperance and recognition that we are all one bad day away from being a criminal accused could go a long way in preventing Holiday good times from being snatched away by a forced introduction to the criminal justice system.

Have a Happy Holiday and a Merry Christmas. Wildman720 wishes everyone a safe and excellent New Year.

[2] Of course, the issue that particularly concerns many facing a “drinking and driving” offence is the minimum year-long prohibition on driving and the automatic 1-year driver’s licence suspension by the provincial transportation ministry.