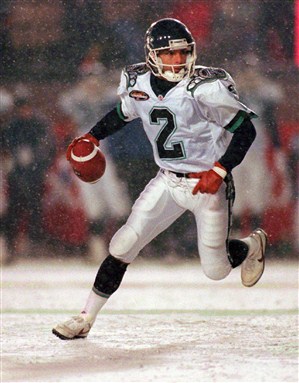 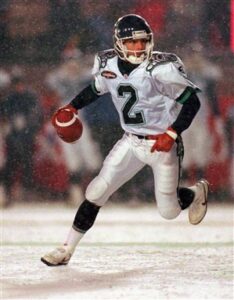 Among many CFL observers there is a growing belief that Toronto Argonaut Doug Flutie is the best quarterback the league has ever seen. As early as the last season talking heads, such as The Sports Network’s Gordon Miller, suggested that beyond being the greatest quarterback, Flutie also had to be considered its greatest player ever. Arguably, people with ties to an earlier period in CFL history, those who grew up watching players like Russ Jackson or Ron Lancaster, might object to both conclusions.