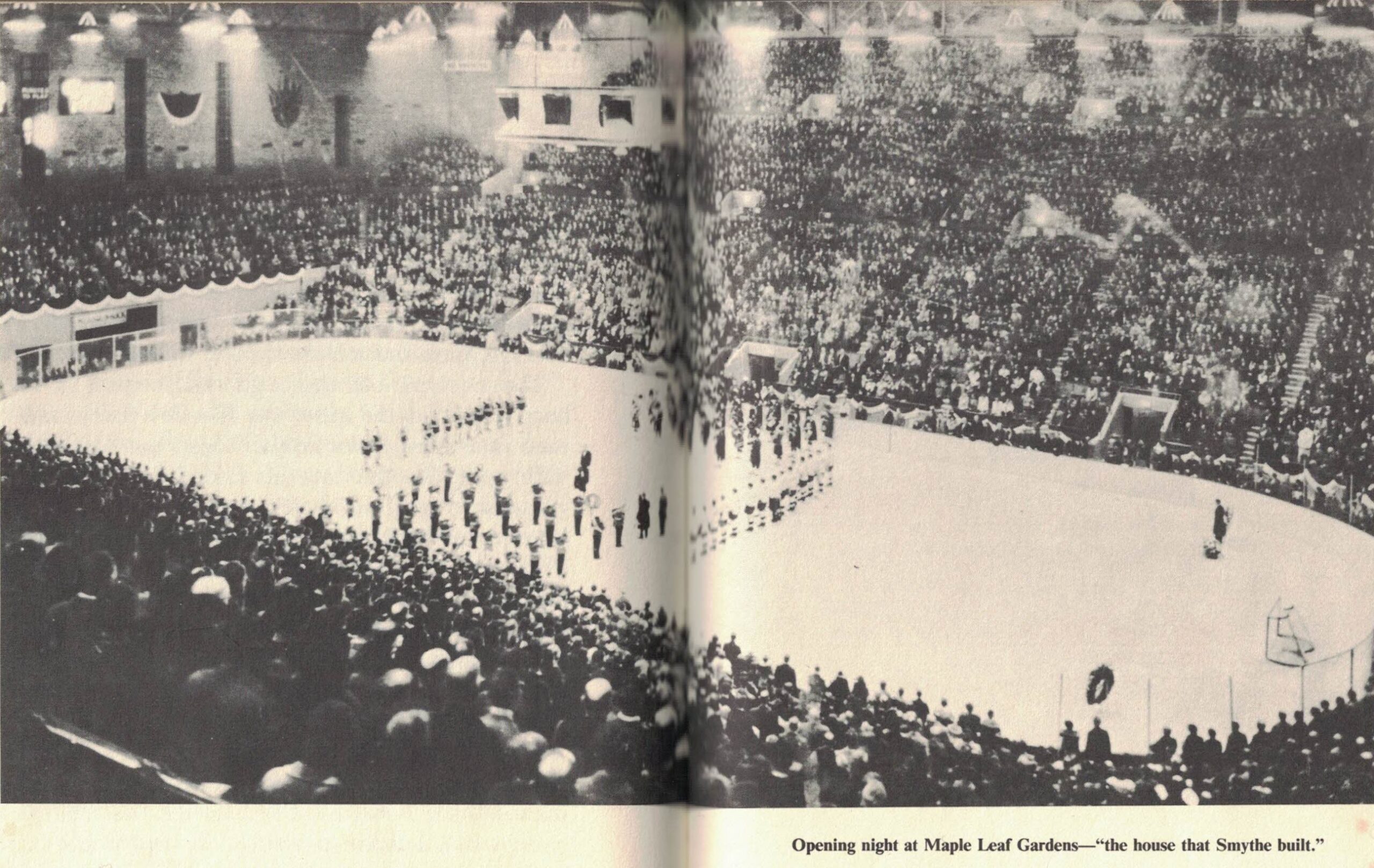 For Toronto Maple Leaf fans of a certain vintage, Maple Leaf Gardens was only the “Cash Box on Carlton”.[1]

During the transition to and in the 1980’s, the standings and the Harold Ballard Circus proved nothing sacred was taking place on the ice.

Still, for those with real Stanley Cup memories and deep connections to the legends who delivered them, the arena at 60 Carlton Street was the “Cathedral of Hockey”.

That day, Percy Gibbons, a 78 year-old black man with over twenty years tenure as a part-time usher at the Gardens, had the audacity to simply do his job.

Robert Copp and his crew from Nova Scotia, white folks from “Canada’s Ocean Playground”[3], made the trip west to Toronto.

Copp wanted to cop some better seats than the freebies he had. When he and his boys tried to assume better spots closer to the ice, Mr. Gibbons merely indicated that they could not sit there and directed them to remain in the seats they had.[5]

Apparently, this agitated him.

In time, he went ballistic once he saw other people take those coveted seats, maybe not realizing or understanding that those were season seats and the people landing in them were season ticket holders with seats in the same row. Clearly, the Leafs’ 4 to 3 win over the Jets, by way of Hogue’s game-winner at 12:18 of the third, did nothing to cool Copp down.[6]

At the end of the game, Copp confronted Mr. Gibbons with an anti-black bigot’s tirade masterclass.

To the 31 year-old Copp, Gibbons was, among other slurs, “a fucking coon” and “a fucking nigger”.[7]

Ensuring he added injury to insult, Copp pushed Mr. Gibbons against a wall. Because the septuagenarian had the nerve to attempt escape, Copp punched him in the face. Mr. Gibbons bled. His glasses fell to the ground.[8]

He did not go to trial. He copped a plea. He admitted his guilt.[10]

Understandably, he wanted to avoid jail. His defence lawyer, the legend Gordie Goldman, argued for a fine.[11]

In a decision that addressed race directly, the Court went beyond applying the principles of general and specific deterrence. It latched onto the principle of protecting the public, particularly the elderly, vulnerable workers and “people in [Mr. Gibbons’] position i.e. a person of colour”.[12]

It also considered whether Copp’s behaviour was “racially motivated”.[13]

While the Court explicitly rejected that Copp acted because of Mr. Gibbon’s race, it repeatedly confirmed that it was convinced, “beyond a reasonable doubt”, Copp expressed multiple, “disgusting” anti-black racist epithets during  a “mean” and “out of control” episode.[14]

Uttering those derogatory words, even absent a racial motivation for the crime, was an aggravating factor that placed upward pressure on the sentence, tending to make it harsher.[15]

Ultimately, the Court decided that deterrence, protection of the vulnerable, and the racist “overtones” meant jailing Copp was a fit and just punishment. The Court ordered 30 days in custody (32 if you include time served before receiving bail).[16]

Without wanting to “moralize” on bigotry or generally, an exercise the Court believed would be a fruitless[17], the Court mused about how Copp might have viewed the situation if he had seen Mr. Gibbons as an analogue for his own father or grandfather. [18]

Clearly, however, Copp had not seen a grandfather figure with whom he could relate.

Copp, not a first offender, showed contempt for the St. Nevis born migrant to Canada of Barbadian parentage.[19]

Copp had no idea he was preying on the Percy Gibbons, legendary player, trainer, coach and builder in the fastball scene in Toronto and Canada, a man with a world championship pedigree.[20]

Copp’s crime never stopped Percy Gibbons from continuing his contribution to the community.[21]

However, for an inglorious moment, it stained the Cathedral of Hockey with the blood of violent racism.

[8] The glasses ended up crushed on the ground.