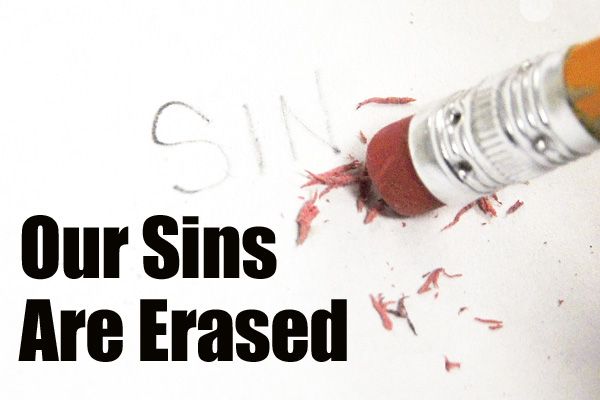 Easter approaches and the Parole Board of Canada’s Church of Pardons may not be so quick to facilitate a cleanse from past criminal convictions.

Christianity can offer grace and forgiveness for past, current and future transgressions of  “the law”.[1]

At Rosh Hashanah, according to Jewish custom, one can perform Tashlich to cast your sins away upon water and shake your soul free from having strayed from the “correct ways”.[2]

At the Parole Board’s Church of Pardons, however, the doctrines offer supplicants the chance to be denied forgiveness for their only “sin” because of other earlier alleged sins for which they were pronounced “not guilty”.

Something feels off about telling someone who has few convictions or perhaps only one that because of something they were accused of doing before they were convicted, because of an accusation tested by questioning at trial and assessed by an arbiter of the law as deserving a not guilty verdict or acquittal, they do not deserve a pardon.

It seems peculiar that an alleged criminal occurrence for which one does not need a pardon (because the occurrence never resulted in being found guilty at all) can be the obstacle to removing a criminal record of convictions from view during criminal background checks.

In substance, it runs contrary to a body of legal propositions in criminal justice that say an acquittal or a verdict of “not guilty” means you are “innocent”.

But at the Canadian Church of Pardons innocence need not apply.

Effectively, as a matter of Parole Board-related legislation, regulation and policy, your innocence as understood by Grant and Grdic, above, can stand in the way of legal forgiveness or clemency.

In basic terms the Parole Board, before it grants a pardon/record suspension, commonly has to assess and decide that:

It is the applicant’s obligation to show that she qualifies.[7] She will only succeed if she shows that, based on all the information the Parole Board is entitled to consider, all four criteria have been satisfied.

For the applicant whose past conviction(s) involves an indictable offence, the more serious version of a Canadian crime which usually allows for more involved criminal procedures and harsher punishment, the core requirement to meet to have been of “good conduct” is effectively zero involvement as a target of suspicion in the criminal justice system for 10 years.[8]

Not having any convictions at all in that ten-year period is just a starting point.

Relevant legislation requires an applicant to be conviction free for at least ten years AND be of good conduct. In fact, if the Parole Board investigates the applicant (and they will investigate) and finds, during that period, police information showing, among other things,

-allegations against her on file that never resulted in charges,

-investigative reports that cast suspicion on her activities,

-charges that were filed in court but dropped by a Crown Attorney soon after, or a

-criminal case with charges that proceeded to trial in front of a judge alone or a judge and a jury which were dismissed because they were not proven “beyond a reasonable doubt”,

it may decide that, despite having no convictions and being considered innocent in the eyes of criminal law generally, something about these scenarios gives it enough concern to determine that she has not demonstrated “good conduct” for at least ten years.

If that happens, the defenders of the faith at the Parole Board will deny her forgiveness by rejecting her application.

Of course, the applicant might have gotten her soul right and successfully walked the path of good behaviour for a decade and more after completing her last sentence. She may have lived an absolutely pro-social life during that period with demonstrable and meaningful progress in her educational, employment and family lives. She may have completely avoided becoming a blip on any police force’s radar and, accordingly, remained conviction free.

With this kind of track record she is certainly poised to satisfy the first three criteria for obtaining a pardon. She should have the “good conduct” piece down while having a firm foundation for showing that a pardon/record suspension will provide “measurable benefit” as she prepares to make the next leap in her life path and will “sustain” her rehabilitation by facilitating her continued progress further and further away from an increasingly long past life of sins against Canadian criminal law.

Alas, satisfying three out of four criteria makes no difference if the applicant dies on the altar of the fourth one.

Unless she shows that the specific circumstances of her being pardoned will not cause the public to lose respect and admiration for the justice system and how it operates, she will be denied despite clearing the first three hurdles.

At this step, again, situations that the criminal justice system generally associates with innocence, can be used against an applicant as factors purportedly showing that granting her a pardon would cause the public to lose respect for the administration of justice. But unlike the assessment of “good conduct”, the Parole Board can look at unproven or dismissed allegations (including those contained in statements from people ignorant of or indifferent to the importance of telling the truth) that occurred before the applicant even had any criminal convictions.

Arguably, many would bristle at the idea that unproven allegations which occurred before an applicant had even become an offender could defeat a decade plus of scrupulously good conduct and pro-social behaviour. But a defensive reflex to an idea does not mean that idea is not the law.

In fact, the Parole Board of Canada’s Decision-Making Policy Manual for Board Members (Second Edition No. 5, 2015-12-18), girded by authorizing statutory and regulatory provisions, seems to provide the basis for a decision maker to pluck an alleged criminal occurrence, proven or not and from any point in the past, and effectively decide whether the content of that allegation should be enough to derail a pardon application.

12. In assessing conduct, the Board is not subject to the same standards as a criminal court. The presumption of innocence and the relating rights are not applicable in the context of a pardon or a record suspension application. (writer’s emphasis)

13. The type of information and documentation that may be considered includes:

So perhaps the Parole Board, Canada’s Church of Pardons, is not falling all over itself to hand out pardons like offering plates at a mid-day service.

Still, those who want to put their criminal past behind them can strengthen their pardon applications if they arm themselves with solid legal information and have an excellent command of evidence that can demonstrate their good conduct and undermine any police information that supposedly shows otherwise.

If everything comes together, they just might attain a resurrection moment, where the burden and stigma of an offending past is buried and they are reborn without an accessible criminal record but with a new hope for progress in employment, travel and other dimensions.