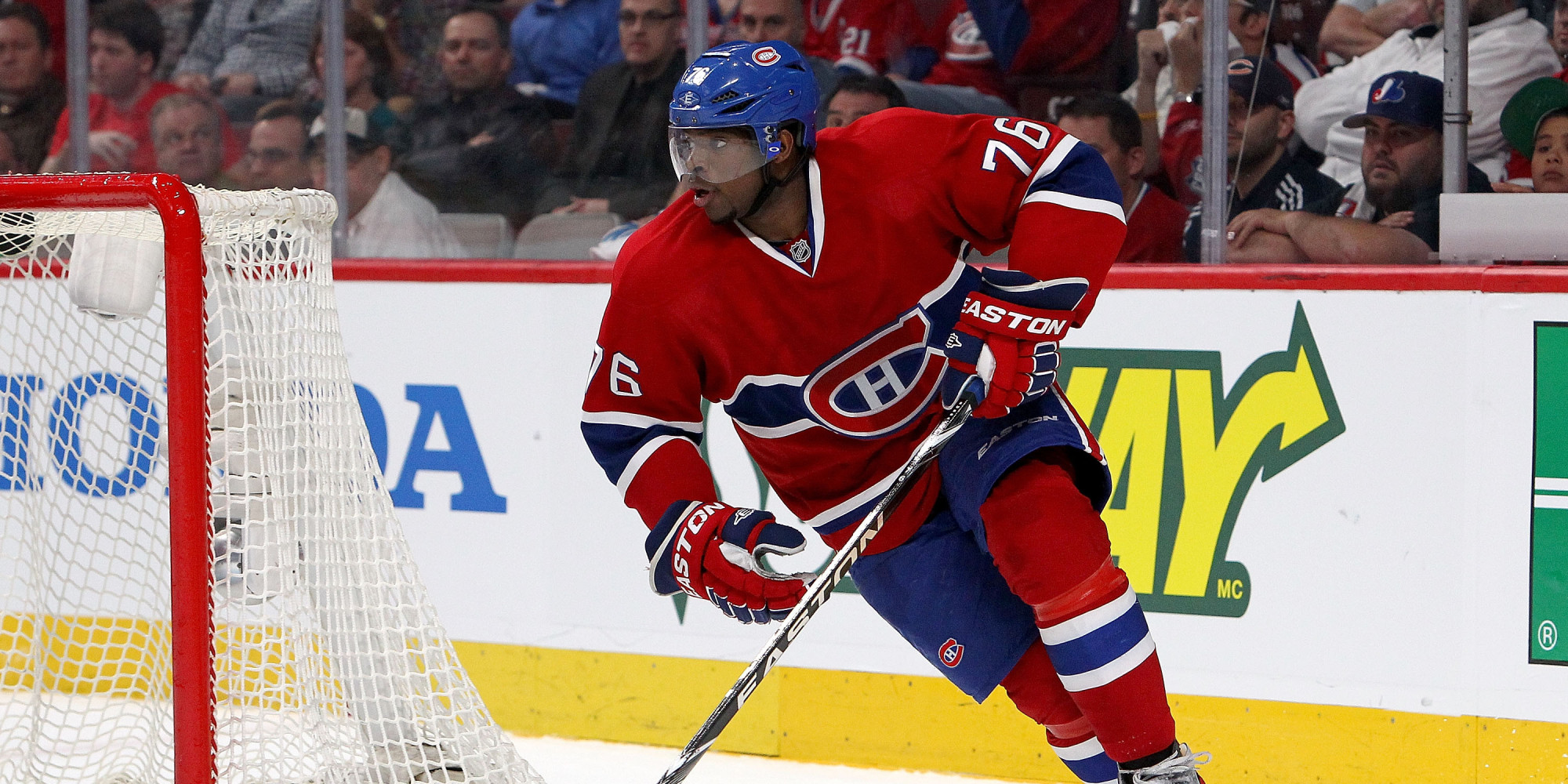 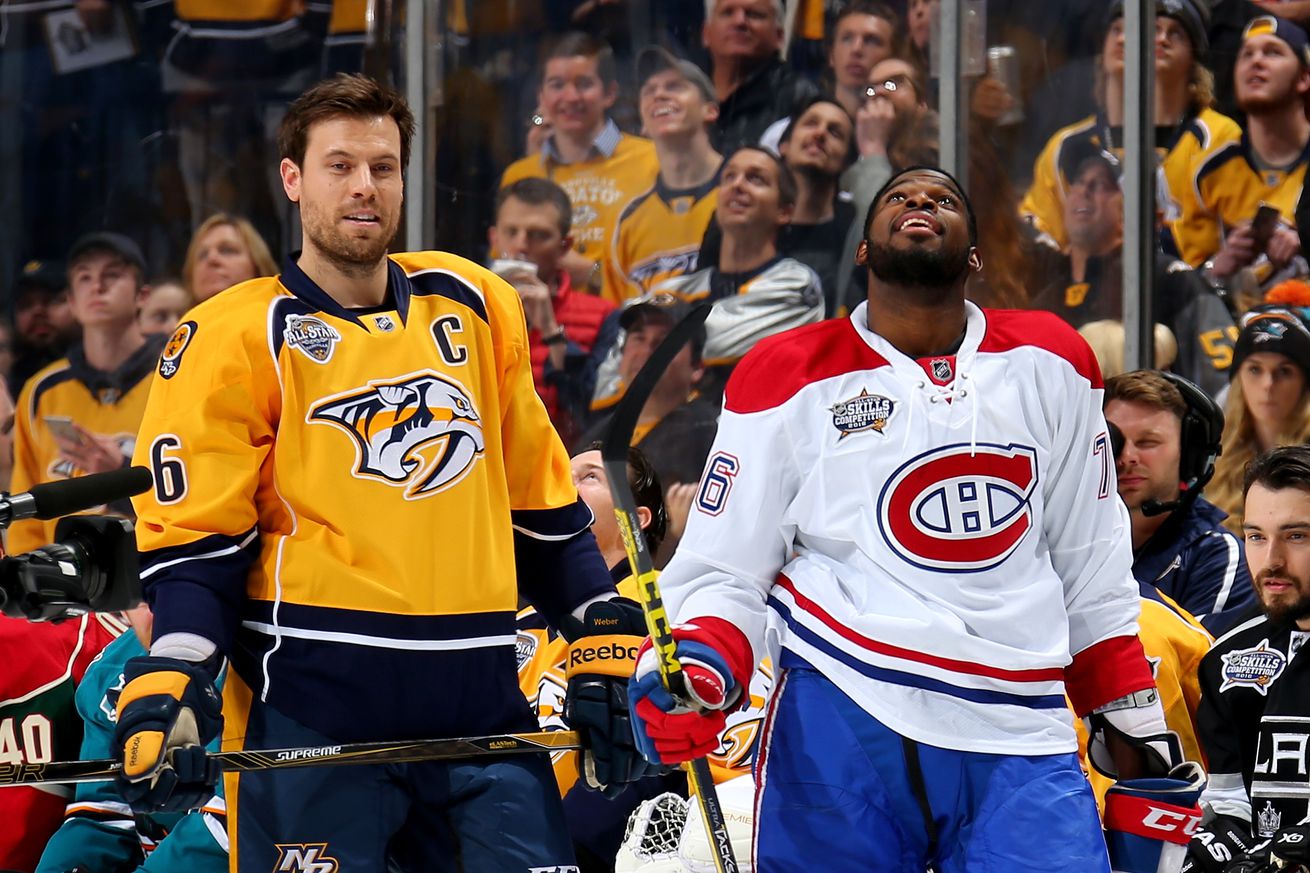 Wait. Maybe he doesn’t get to celebrate since he’s no longer a “Canadien”.

In truth, after being traded a couple days before Canada’s 149th birthday to the Nashville Predators “straight up” for perennial Norris Trophy candidate Shea Weber, only one year after making a contractual commitment to the Habs that would impress a swan (or prairie vole), maybe PK Subban is as interested in celebrating as indigenous people are in changing the July 1st holiday’s name back to “Dominion Day”.

What the hell happened?!

Why did the Montreal Canadiens sell PK down the river to the Deep South in Nashville, Tennessee, home of historically black Fisk University, the Hermitage – historic plantation of seventh U.S. President Andrew Jackson and around 150 of his slaves, and the Grand Ole Opry?

As my uncle KC put it, the trade speaks to the Canadiens choosing chemistry over talent (and youth).

Subban is only 26. He has a Norris Trophy. He made the last Olympic team even though heavyweight coach Mike Babcock hates his game. He is and has been praiseworthy for many other reasons.

Habs fans in Montreal love him.

Yet anyone with a pulse could see Coach Michel Therrien’s utter contempt for PK. It was as thinly veiled as male-patterned baldness under a desperate comb over.

Teammates have been free to egest all over Subban for years outside and in the media for years without any known repercussions.

On the way out the door and down the river some, perhaps odious people within the Canadians management or the Montreal sports media, seem prepared to poison PK’s water bottle as Chris Johnston, Sportsnet’s platinum level hockey columnist spoke on Sportsnet 590’s Andrew Walker Show of “whispers” out of Montreal about Subban’s off-ice conduct.

If you didn’t get it before, the trade and the circumstances surrounding it should make it clear. Channel your inner Kanye, draw upon his Hurricane Katrina mindset and paraphrase his words:  the Montreal Canadiens hate PK Subban.

Hate does not mean, however, that the club is unable to articulate a lower-threshold, shorter-term hockey case for obtaining Weber.

Weber’s resume is potent and his shot equally so. NHL and Team Canada power brokers trust him on the blue line as a two-way threat without reservation.[1] He adheres to “the Code” and no Canadiens player is likely to have the gravitas or the gonads to question Weber’s automatic alpha-dog status despite having no tenure with the Bleu Blanc et Rouge.

Once the Canadiens lost goalie and best player Carey Price to injury last season, a robust start quickly and thoroughly degenerated into a rancid mess.

Despite some good traditional numbers and positive analytics (i.e. puck possession), PK did not have his best season.

Even Subbanophiles should acknowledge that Drew Doughty and Duncan Keith are probably better overall defencemen and that Kris Letang[2] and maybe some others had better years.

While not necessarily more frequent in 2015-2016, his turnovers may have become more glaring in the context of a truly terrible season.

But when has a hockey club ever decided to give an all-star blueliner entering his prime a massive yearly salary for a seemingly infinite term, only to turn around 12 months later and trade him away for an ageing, tangibly older all-star with a scary-long and pricey contract while claiming on-ice merits as the grounds for the transaction??

Somehow for the Montreal Canadiens chemistry and “intangibles” grew in significance within a single season.

Even when the chemistry problem is the product of NBA/NFL-phobia and oversensitivity to extroversion, flamboyance and breaches for “the Code”, it is much easier in the NHL to remove a single radical element than to change the rest of the homogeneous compound.

[1] Weber was an instant selection for Canada’s 2016 World Cup of Hockey team and Subban won’t even be a seventh defenceman like he was at the 2014 Sochi Winter Olympics.

[2] Letang had 67 points in 72 regular season games, 15 points in 22 playoff games and is having his name inscribed on the Stanley Cup a second time after being the workhorse on and anchor of the Pittsburgh Penguins 2015-2016 defence: https://en.wikipedia.org/wiki/Kris_Letang

The Queen versus Jian Ghomeshi: It‘s Not ...