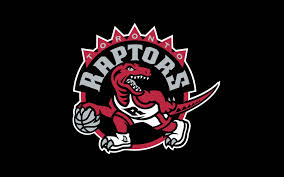 After five seasons in the void, the Toronto Raptors returned to the National Basketball Association playoffs on Saturday with 94-87 game one loss in their 2014 first round contested series with the Brooklyn Nets.

Still, after leading his team to an Atlantic Division title, third place in the Eastern Conference and the franchise record for wins in a season (48), Raptor coach Dwayne Casey has managed not only to exceed his previous best as a head coach by 15 (with the Minnesota Timberwolves)  and attain his highest seasonal winning percentage, but he has also garnered well-deserved, albeit somewhat muted, consideration for Coach of the Year Honours.

President and General Manager Masai Ujiri, already an N.B.A. Executive of the Year laureate (2013) for his work with the Denver Nuggets immediately prior to joining the Raptors in his current role, is in the running again for his efforts this season. Profiled as a legitimate talent estimator and a shrewd and exacting trader, the evidence in his first season with the Raptors is very supportive. He mercifully relieved Andrea Bargnani of the burden of playing in Toronto while effectively obtaining three draft picks (the optimal one being a first-round selection in 2016) and a serviceable long-distance shooter (Steve Novak) from his trading partner the New York Knicks. Ujiri delivered even more weighty proof when, in essence, he turned under-performing Rudy Gay and his cap swallowing contract (bundled with Aaron Gray and Quincy Acy) into four court-effective and cost-effective players who immediately melded well with the existing roster, players who can reasonably be given tangible credit for changing the direction and tenor of the team.

But if due credit for this Raptor revelation of a season is being given, Brian Colangelo’s name should be uttered and clearly heard.

The foundation and core of the Raptors’ roster is a function of Colangelo’s deals and drafts. He obtained freshly minted all-star DeMar DeRozan as the 9th pick in the 2009 draft, explosive dunk champion and increasingly relied upon defender Terrence Ross at number 8 in the 2012 draft, and nicely developing big-man Jonas Valanciunas as the 5th pick in 2011. Kyle Lowry, a sniper at the point and perhaps the Raptors’ M.V.P., and Amir Johnson, a trusted paint and glass artisan, would not be a part of the Toronto basketball picture but for Colangelo.

Colangelo’s mark remains not only on the roster but in management. While Ujiri deserves credit for leaving Casey in place as the coach when he could have easily inserted “his own guy”, it was Colangelo who conceded he needed a change at coach and replaced Jay Triano with Dwayne Casey in 2011. Indeed, Ujiri’s ascension to the top of the management hierarchy was aided in part by Colangelo’s own ability to recognize and acknowledge talent off the court when Colangelo hired Ujiri as the Raptors’ Director of Global Scouting  to eventually become the club’s Assistant General Manager in 2008.

Undoubtedly, what the Raptors have achieved in 2013-2014 is a product of the players and management of the here and now. Their success, however, is still part of Brian Colangelo’s legacy.