A Second Departure From Toronto for Randy Carlyle 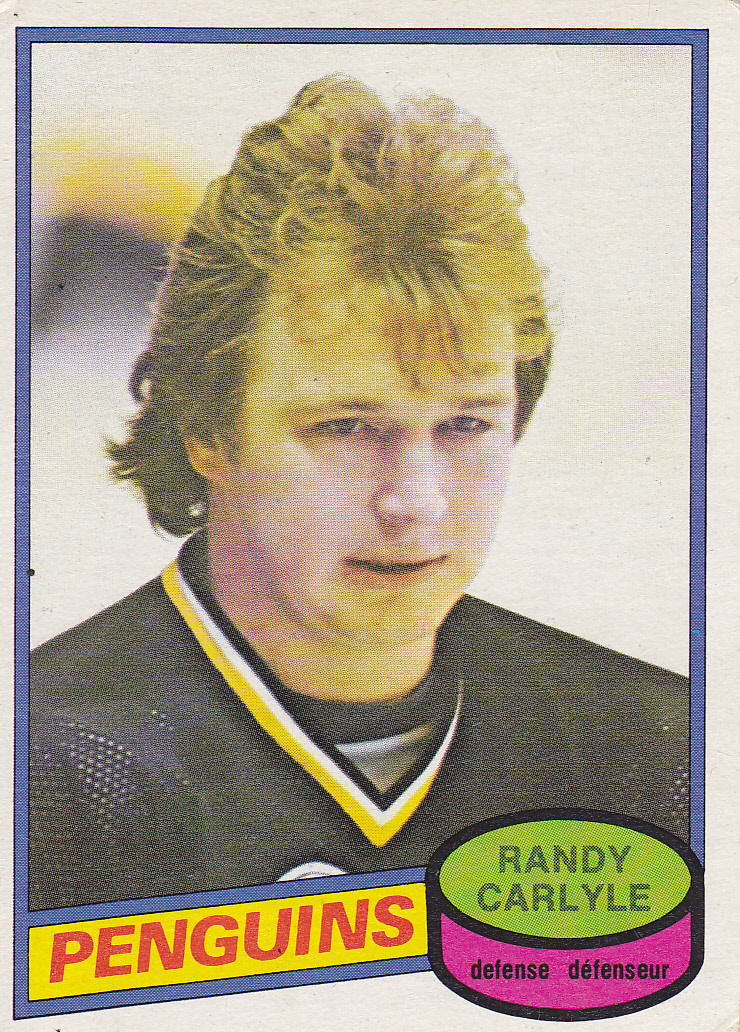 This week the Toronto Maple Leafs terminated head coach Randy Carlyle’s tenure with the club and, perhaps, put an end to his suffering.

After two complete seasons (one shortened) and two partials, one playoff appearance featuring a soul canibalizing game seven loss to the Boston Bruins, turnover at the top of executive hierarchy and excision of his key assistants, incessant chatter that the roster had probably tuned him out, and increased scrutiny of how he doled out ice time, Carlyle’s departure might not have been premature.

The same could not be said about Carlyle’s first go around with the Leafs from 1976 to 1978.

Selected 30th in the 1976 draft from his own home town Sudbury Wolves, Carlyle was a promising defenceman with significant offensive “upside” (not the lingo of 70’s NHL hockey). But, as was customary for the Leafs’ franchise of the 70’s and 80’s, patience was never a virtue. Developing the 20-year old blueliner meant 45  and 49 games with the big club as a rookie and sophomore, respectively. More significantly, the Leafs’ chronic case of premature transactionation (yeah, it’s a thing…or should be) meant Carlyle was gone in no time as the Leafs coupled him with effective centre George Ferguson and sent him to the Pittsburgh Penguins for defenceman Dave Burrows. With that trade the Leafs were able to lose a single transaction twice because the two  players the Penguins obtained were each better than the one player received in exchange.

Ferguson went on to compile four consecutive 20-plus goal seasons and maintain his credibility as a two-way player while Carlyle played sixteen more seasons, most as a top-flight offensive defenceman, rising to the absolute peak in the 1980-81 season when he claimed the Norris Trophy as the NHL’s best defenceman.

Even if Carlyle’s second post-Leaf existence fails to mirror the success and longevity of his first one as a player, in time he can smile again. Having a Stanley Cup in your back pocket can have that effect.

Kobe Bryant: Only Blindspots and Biases Can ...

Analysing the Blood Splatter, After the Bloody ...